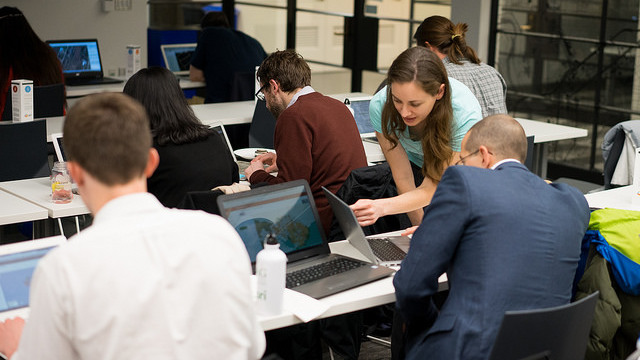 The first day (Wednesday) began with a series of sessions focusing on the Social dimensions of Web 2.0 cartographies. The three sessions included a panel that addressed data, democracy, and improving the world with critical Volunteered Geographic Information. Thursday featured four sessions on Participatory Research in Geography and covered a range of topics including community engagement and factors to consider when choosing which tools to use in your research. The first Map Jam occurred at noon. Users learned how to do advanced editing using JOSM (Java OpenStreetMap), and followed mapping guides from MapGive. Throughout the AAG Mapathon, posters from the community mapping poster competition and products from the supporting institutions were on display. 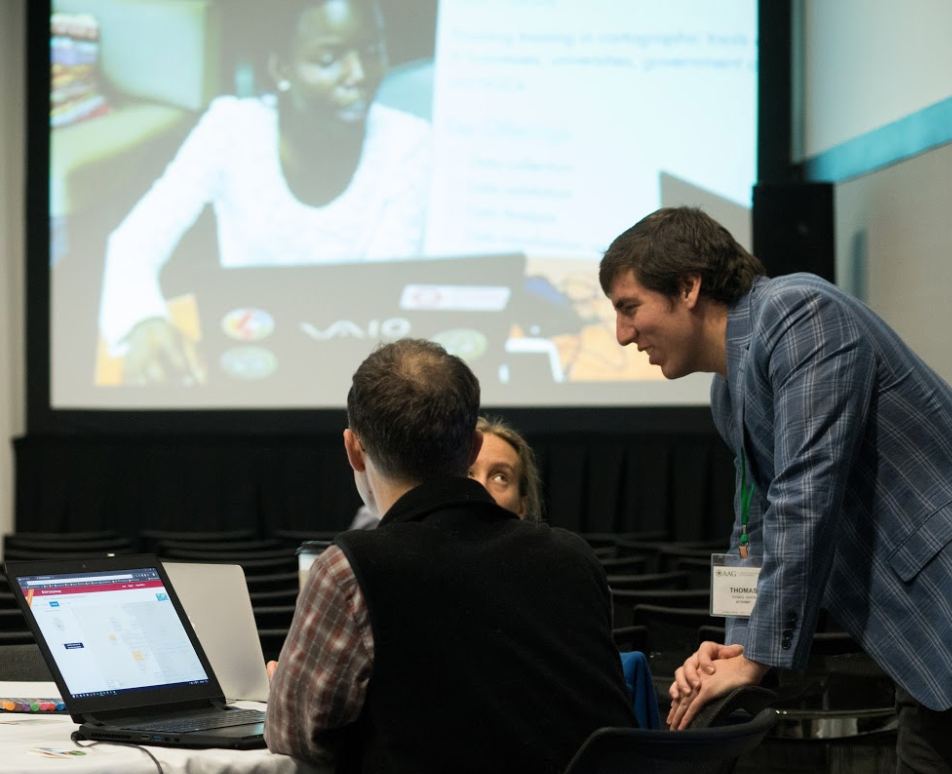 Friday is when the mapping began in full force. Starting bright and early, mappers brought their coffee. We had a Google Hangout with 5 different Uganda YouthMappers chapters. The YouthMappers shared how they are mapping with the Humanitarian OpenStreetMap Team (HOT) for malaria elimination. We discussed our favorite mapping tools and how we are looking forward to State of the Map (SOTM) Africa in Kampala this year, the very first SOTM OpenStreetMap conference in Africa! The Map Jam was followed by the Kharkiv Secondary Cities session. Secondary Cities is the field-based mapping initiative of the U.S. Department of State’s Office of the Geographer. Participants from Kharkiv shared how they are using a variety of mapping tools to support vulnerable populations, including building a web application where people with disabilities can plan the best method of transportation. 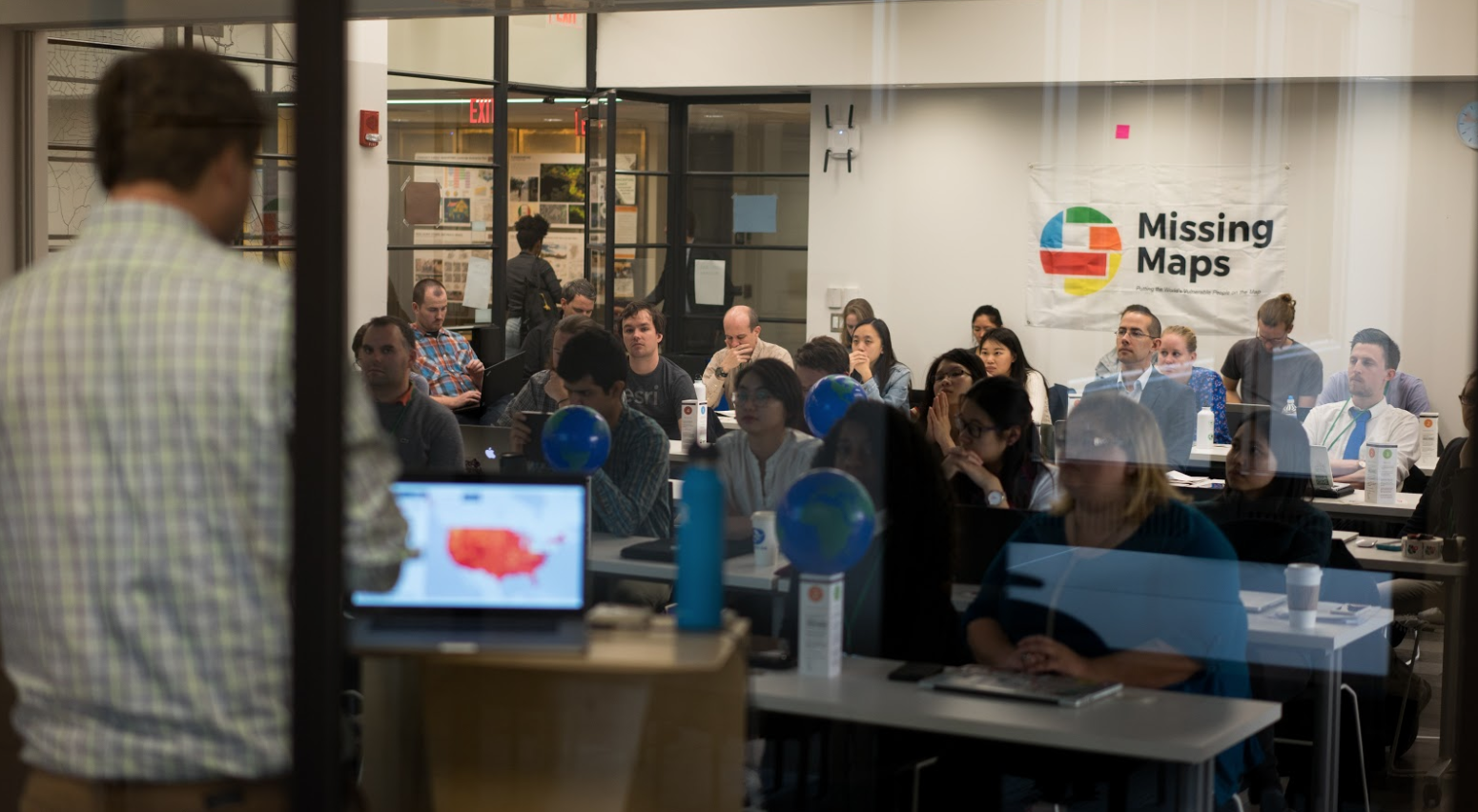 The afternoon was off-site for MIT's very first Mapathon. The event began with a welcome from Mike Foster and the Department of Urban Studies and Planning. These remarks were followed by three different lightning talks from MIT students who presented on Flocktracker, Atlas of Lighting, and research on mapping protests historically and geospatially. This was followed by Nate Heard, a public health analyst at the U.S. Department of State’s Humanitarian Information Unit, presenting on how the map data created at mapathons will help the U.S. President’s Emergency Plan for AIDS Relief (PEPFAR) understand where communities are located, their access to essential services, and how they are connected by roads. After three hours of sustained mapping, some of the participants unwound at a nearby venue in Cambridge. Thanks to ActioNet and Mapbox for sponsoring the pizza and the after-hours event.

The final Mapathon was held back in the AAG Mapathon lounge, mapping areas in Colombia susceptible to volcanic hazards, a project by USAID’s Office of Foreign Disaster Assistance, as well as areas affected by floods in Peru. After the introduction and project descriptions, volunteers mapped to the rhythm of Latin American beats. There were plenty of expert mappers on hand to give personalized instruction. Midway through the Mapathon there were three lightning talks covering American Red Cross and Missing Maps, analytics in OSM, and Tufts GIS Expo Explorer & the Open Geoportal. Mappers sprinted all the way to the end, and we capped the week off by awarding some prizes and taking a group picture. 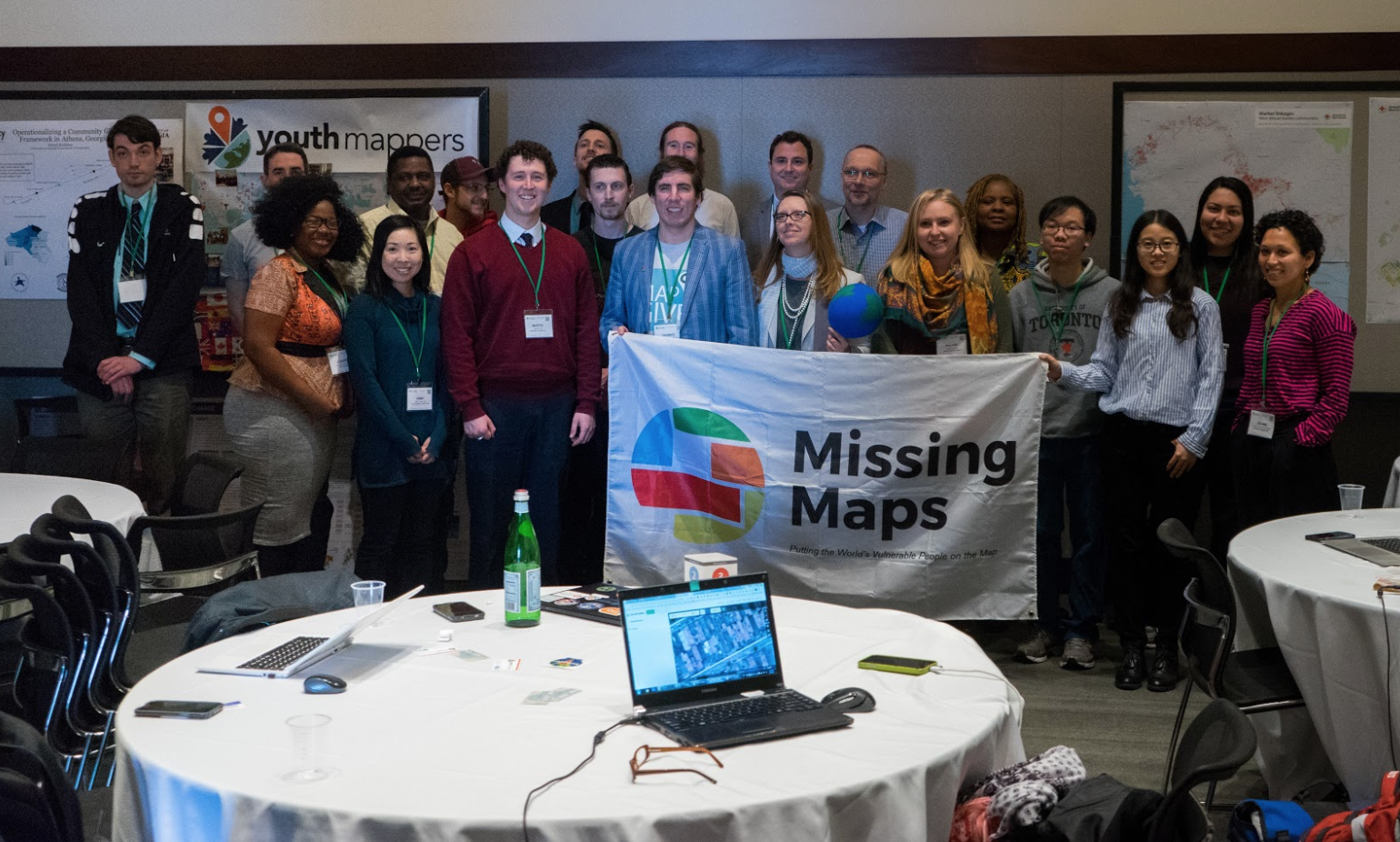 We recognize the power that Mapathons have to educate, engage, and empower the public. Join us next year for the 2018 AAG Annual Meeting in New Orleans, April 10-14. Contact MapGive if you are interested in becoming involved in the planning or would like to volunteer.

Thanks to AAG for providing their full support and featuring the AAG Mapathon as a special event for the second year in a row. The core organizers of the 2nd Mapathon @ AAG included the U.S. Department of State's Office of the Geographer and Global Issues, MapGive, USAID's GeoCenter, YouthMappers, American Red Cross, and George Mason University's Department of Geography and GeoInformation Science, Missing Maps, MapBox, and MIT.